I commonly get asked about iOS and iPhone recording options for oral history, so I will be launching a series of posts reviewing several of these devices.  When recording oral histories, I strive to get the best recording possible.  Oral history records, by definition, more than a single audio source (interview + interviewer), and I usually recommend that, ideally, there is a microphone on each interview participant.  I know that this is not always possible, whether due to budgetary limitations, or just the need for convenience.  The single point recording strategy is becoming more common for oral history as the onboard microphones on contemporary recorders are proving to be quite good.

That said, many of us carry sophisticated digital recording devices with us every day.  The “smart phone” has incredible capabilities.  When combined with the right hardware, and with the right application or “app,” your phone can have tremendous audio recording capabilities.  Several hardware devices are now available to transform your phone into a state-of-the-art digital recorder, with one caveat: the hardware is primarily being manufactured for iPhones.  I, myself, tend toward Apple products, yet have been increasingly tempted toward Android phones as of late.  However, there is an imbalance with regard to third-party microphone hardware that is available for Android phones.  Why? One of the greatest criticism of Apple’s iPhone over the years (since the introduction of Android phones) has been its lack of innovation.  However, consistency is the great advantage when courting manufacturers of third-party compatible hardware.

1. A Good Quality Microphone: Several microphone attachments are now available, such as the Zoom iQ5, Rode iXY, Blue Mikey or the Tascam iM2.  Even Apple introduces frustrating hardware changes so always be sure the microphone attachment you purchase is compatible with your phone’s connector (iPhone 4, 4s use the 30-pin adapter, iPhone 5, 5s, 5c all use the “Lightening” connector).  There are also digital microphones available, such as the Apogee Mic 96k, that ship with a USB-to-Lightening connector cable.

iPhone microphones come with different bells and whistles including adjustable recording patterns, limiters, physical gain control, as well as headphone jack for direct monitoring.  In this series of posts, I will be testing and reviewing the following iOS/iPhone microphones:

2. The App: There are many “recorder” apps that emulate a digital audio recorder.  When I am evaluating an app to use for recording oral histories, I look for the following criteria:

I will be reviewing several of the recording app, including the Zoom, Rode and Tascam apps recommended for their microphone attachment.

3. Tripod/Tripod Mount:  If you will be recording oral histories with your iPhone, get it up off of the table. The closer the microphone is to

the audio source, the better the recording will be.  Buy a small, adjustable table-top tripod and a tripod mount for your phone.  These are inexpensive accessories to purchase, yet they will transform the quality of your recordings.  Make sure the tripod and tripod mont are compatible and that your tripod is adjustable.  My favorite mount, the On-Stage Stands CM01 adapter works exceptionally well and costs only $9.95.  Several of the tripod/stand mounts were originally designed for cameras, but since the recorders are now coming with the standard 1/4″ thread mount, they work just as well for recorders. I would recommend a mount that can rotate for both pan and tilt, so as to obtain the optimal recording position for your device.  Finally, make sure the tripod is heavy-duty enough to support  the weight of the phone + mount.  I had several tripods tip over during testing.

I have to admit that I have been surprised at the quality of the microphones I have tested so far.  In addition to the reviews, I will do some video tutorials as well for my favorite iOS/iPhone microphones and apps, so stay tuned.

2 Comments
By Douglas A. Boyd 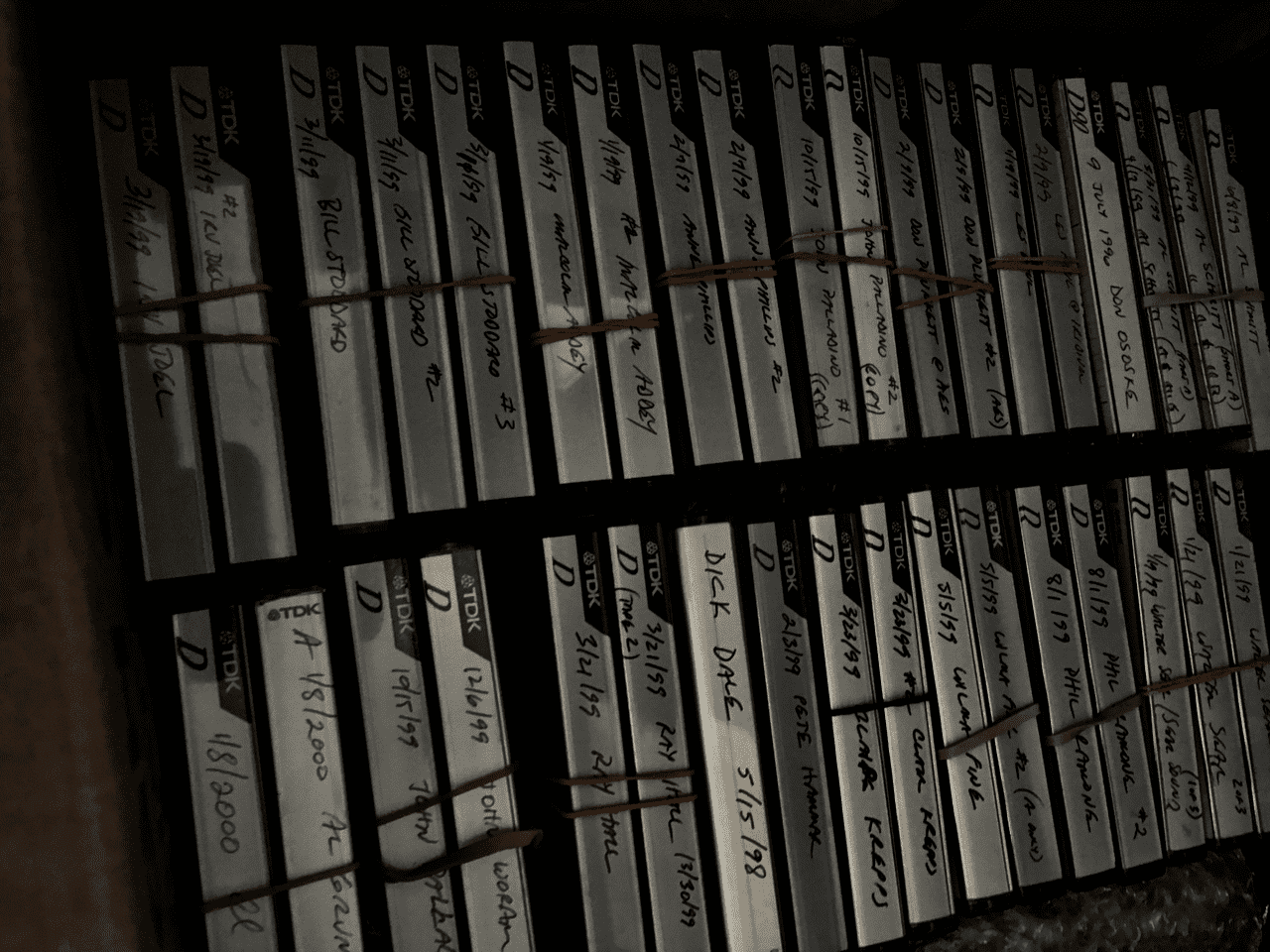